Tidan Construction Inc., the precursor to the Tidan Hospitality and Real Estate Group (“Tidan”), is formed.

Tidan acquires the major office building located 666 Sherbrooke Street West in Montreal’s downtown core, renames it “Edifice Tidan”, and moves its permanent head office to the building, from where it operates to this day.

Tidan purchases the then 225-room Ramada Plaza Beach Resort (now Ocean Sky Hotel and Resort) in Fort Lauderdale, Florida. The purchase marks its first major hospitality property acquisition in what is today a significant portfolio comprising 11 independent and franchised hotels in both Canada and the United States. These holdings include properties affiliated with both Starwood Hotels and the Preferred Group of Hotels, most notably the only Meridien hotel operating in Canada.

Tidan purchases two major industrial buildings in the Royalmount/Devonshire industrial park in Montreal centre, with direct access to all major metropolitan highway arteries. The acquisition constitutes not only a significant addition to the group’s industrial portfolio, but also marks the beginning of the group’s development arm, as additional buildings are constructed adjacent to the original site. Tidan today controls a swath of buildings in this prime location totaling in excess of 300,000 square feet of gross leasable area.

Tidan acquires the Nuns’ Island Tennis Club in suburban Montreal, the largest indoor facility of its kind in North America, and a leader in tennis facilities’ technology. The club complements Tidan’s existing tennis club that is part of the Mont Gabriel hotel, a four seasons resort in the Laurentian Mountains north of Montreal that was purchased by the group 3 years earlier.

Tidan purchases industrial properties in excess of 300,000 square feet of gross leasable area in the south-centre district of Montreal known as “Griffintown”. The acquisition proves to be most prescient, as gentrification projects and condominium development later send property values soaring in this part of the city.

Tidan completes construction of “La Closerie”, a luxury condominium tower in Montreal’s downtown core. Tidan’s development arm later follows this project in ensuing years with the construction of several more condominium buildings in different parts of the city. Refer to the Development section of the website in our Portfolio for a complete list.

Tidan purchases the Mount Stephen Club, a heritage property and cultural/historical monument in the “Golden Square Mile” of downtown Montreal. Built as a residence in the late 19th century for one of Canada’s nation builders, the property later operates as an exclusive private members’ club.

Tidan breaks ground on its most prestigious and ambitious project to date, the construction of Le Mount Stephen, a luxury hotel affiliated with Leading Hotels of the World, into which hotel is integrated the Mount Stephen Club building.

Purchase of historic Montreal Marriott Chateau Champlain, the largest acquisition in Tidan history. Tidan embarks on a major restoration of the hotel.

Tidan completes its major renovation of the historic Montreal Marriott Chateau Champlain, restoring it to its rightful place as a premiere hotel in Montreal. 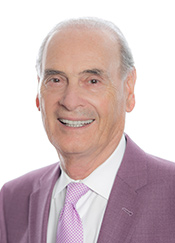 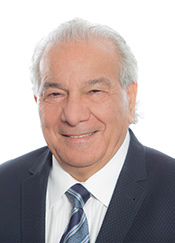 Mike Yuval and Jack Sofer have risen from humble beginnings to attain a reputation for success in real estate that is respected throughout the industry.

Both men were raised in Israel where they served honourably in the Israel Defense Forces.

Mr. Yuval and Mr. Sofer each saw the opportunities presented by Canada and immigrated to Montreal from Israel. Shortly thereafter their paths crossed and, in 1970, together formed the enterprise that is today known as the Tidan Hospitality and Real Estate Group.

For over 50 years, their leadership has enabled Tidan to assemble a diverse portfolio of revenue producing properties across North America. Possessing a clear vision of the industry and its future, Messrs. Yuval and Sofer have continually and successfully adapted their strategies in response to changes in the real estate market. As a result, Tidan today owns and operates a significant mix of assets that reflects this vision.

Messrs. Yuval and Sofer direct all facets of daily operations to this day and continue to pursue their ambitions with passion and integrity.